In my Nov 2018 blog post, I found your daddy,William Buck Marks, I reported that I had documented my 4th great grandparents, John Marks, and Mary Gunter of Chatham County, North Carolina.

In my May 2021 blog post, The Battle of Alamance, I reported that I felt I was getting close to proving that John Marks was born in Warren County, North Carolina and his parents were William Marks and Temperance Wright who left Warren County after 1790 and migrated to Chatham County - I just needed to prove it!

My 5th great grandparents have been found! 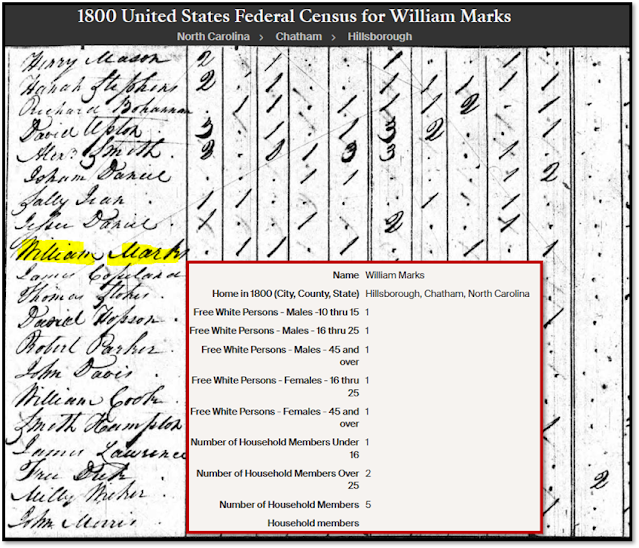 Please read the two blogs mentioned above for background information.

In the widow pension file of Susannah Wright Certain, daughter of William Wright, is found documentation that confirms Susannah's sister, Temperance, married William Marks in Warren County and the couple migrated to Chatham County. Also, is documentation that proves Elizabeth Wright Ellington is the sister of Susannah.

Page 8 of the file is missing, and I had to contact Fold3 requesting that the technical issue that is preventing the image from showing be fixed. Page 9, shown below, shows the last part of the deposition of Elizabeth Ellington. She states that she has no doubt as to the Revolutionary War service of John Certain. 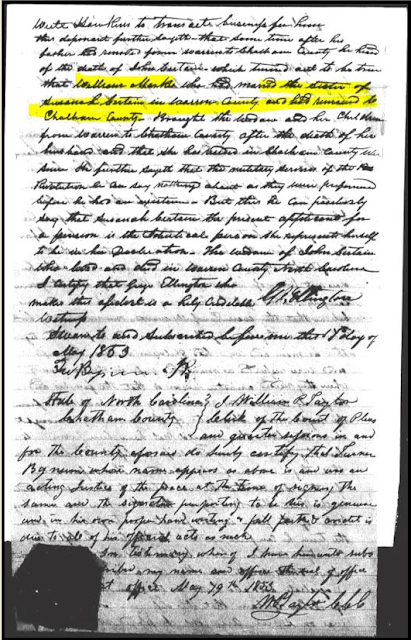 William Marks, probably the son of WilliamMarks and Margaret Salter, and who married Sarah Gunter, daughter of Abner Gunter and Susan Marks, provided a statement that he, “was well acquainted with Susannah Certain and her family from the time they came from Warren County to the time of her death…that he helped dig the grave and bury Susannah Certain…he has no doubt that she died on or about the sixth day of September eighteen hundred and fifty three…that he can positively say that Margaret Gross, Clary Pendergrass, John Certain, Polly Certain, and Elizabeth Certain are all the children and the only children that she left living at the time of her death…” 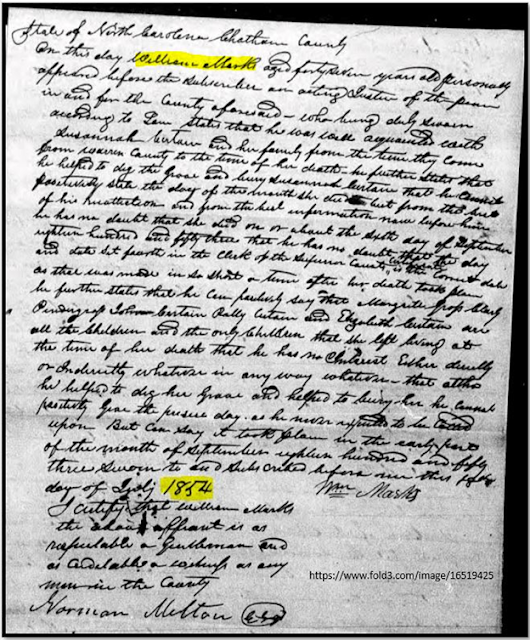 Joshua Certain, age 55, found on the 1850 Census living with Susannah Certain, is a son that predeceased her. Living next door to Susannah is her son, John, and his family. Daughter, Polly, is living with John.

I have not been able to identify Mary Newman or Bennett Newman yet but there is a Newman connection that goes back to Warren County. 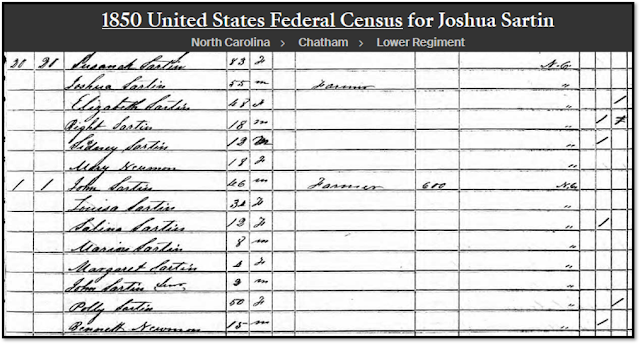 Amey Newman Marks may have had a brother named Thomas Newman who briefly graced the county of Montgomery before moving on to Columbia, Georgia. 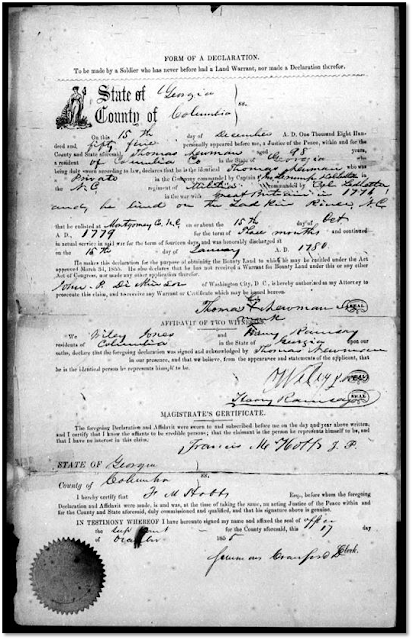 Abner Gunter Esq. age seventy-six years old, a native resident of Chatham County and the county register for thirty years, states that, “he has been well acquainted with Susannah Certain and her children from the time they came from Warren County to the time of her death. That she lived in his immediate neighborhood for many years…that she was this deponent’s wife’s aunt, (proving that Susan Marks Gunter is the daughter of William Marks and Temperance Wright) that the deponent now owns and resides on the plantation that William Marks, the brother-in-law of Susannah Marks (should say Certain?) lived and that the family burying ground or graveyard for the family is on his plantation. That some time in the early part of September 1853 he was informed that Susannah Certain was dead and they come to his place and dug her grave in the family graveyard, and she was buried.” William Marks Sr. and Temperance Wright Marks are likely the parents of:

Posted by Uwharrie Roots at 6:00 PM