In 2018, I wrote about a woman named Elizabeth Nixon who provided an affidavit for John Stewart’s Revolutionary War pension file. I still do not know who Elizabeth is, but after a cousin Y DNA tested for the Henderson line in Montgomery County, North Carolina, I ran across the name Elizabeth Nickson (Nixon) again and thought, oh what irony! Always expect the unexpected in genealogy! 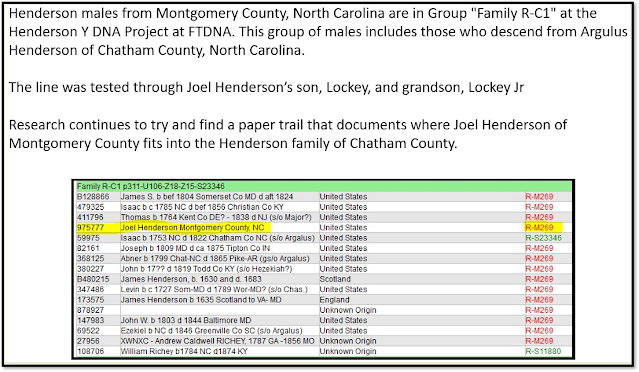 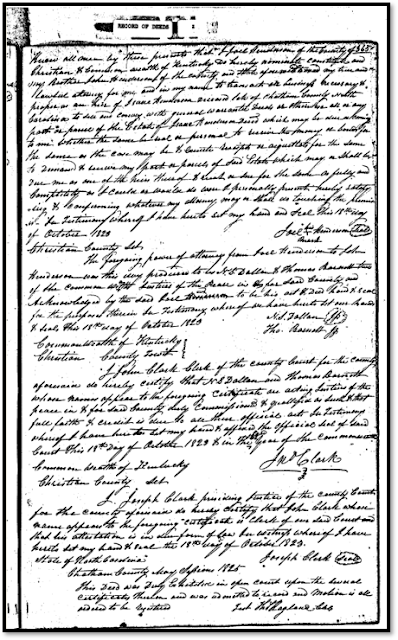 The most surprising thing I found in my research is in the will of Argulus Henderson. The last line in his will says "I give also unto Elizabeth Nickson (Nixon) twenty dollars..." but he does not state what his relationship to Elizabeth is.

Let me explain why this is surprising and how it circles back to Elizabeth Nixon in Montgomery County.

Argulus Henderson had a 1783 land grant for 300 acres of land in Chatham County on Brooks Creek beginning at John Stewart's corner...William Russell was a chain carrier for that survey. 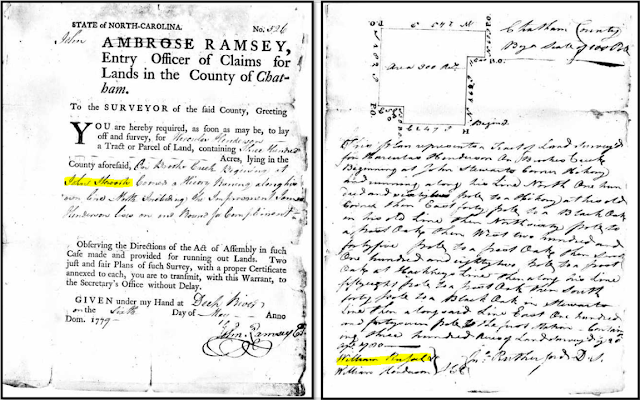 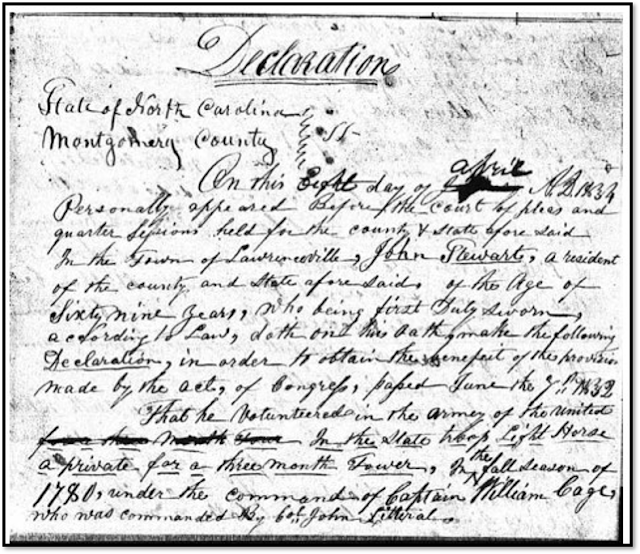 Elizabeth Nixon (yes, I believe it is the same Elizabeth mentioned in Argulus’s will) provided an affidavit for John saying that she lived in Chatham County and saw John as a soldier in the Revolution. She claimed to be about 75 years of age in 1833, making her born about 1758.

What is even more incredible, is that Hardy Morgan, the Justice of the Peace who wrote the affidavit for Elizabeth Nixon, said that he has known her since his infancy! Hardy was born in 1785 in Chatham County. This woman, Elizabeth Nixon, must somehow be related to him. But how? 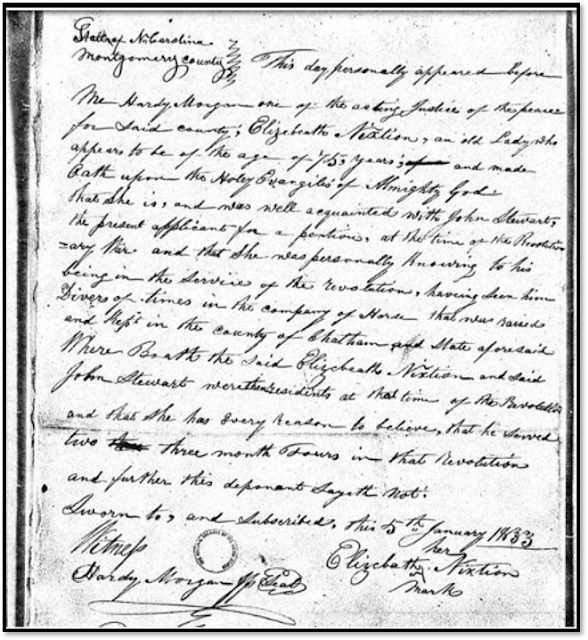 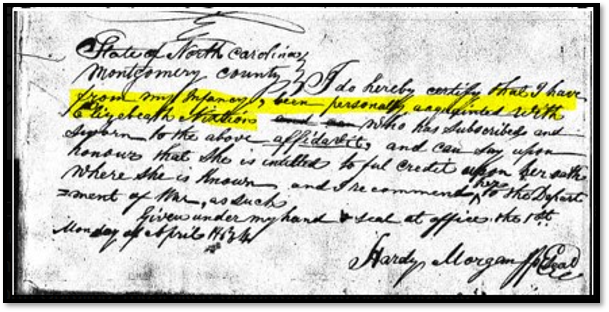 William Russel, the man who served as chain carrier for Argulus’s survey, migrated to Montgomery County, North Carolina after the Revolutionary War with John Stewart. He married Elizabeth Stewart, the sister of John Stewart. So, having the same name, Elizabeth Nixon cannot be the sister of John as we know who his sister married based on other records. She also is not the sister of Rachel Morgan Stewart as we know Rachel had one sister, named in their father's will as Hannah Morgan West.

Most people have Elizabeth Nixon (Nickson) listed as the daughter of Argulus Henderson since she is mentioned in his will. It is thought that other members of his family married into a Nixon family; the will of James Henderson of Onslow County, North Carolina, Argulus’s father, mentions his daughter, Bethany Nixon and granddaughter, Sarah Nixon, but I cannot find any relevant information on that family. 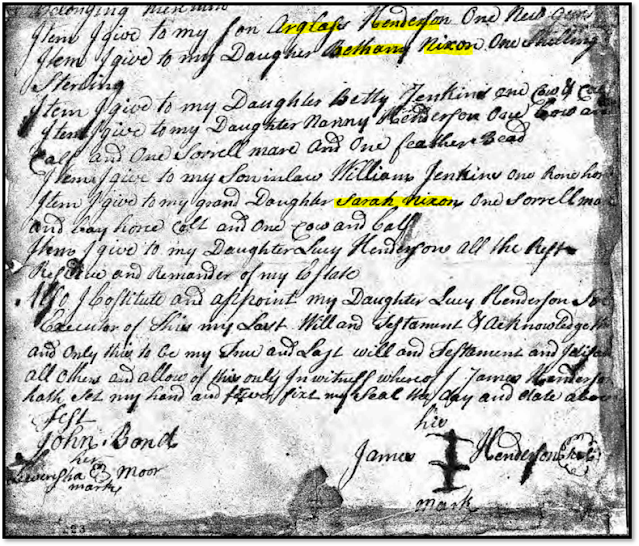 Whoever else Elizabeth Nixon might have been, I now believe she is the match maker who talked Joel Henderson into coming from Chatham County to Montgomery County, North Carolina to marry my fourth great grandmother Susannah Smart Morgan after her husband, Joseph Morgan, died.
Posted by Uwharrie Roots at 5:45 PM