The heirs of Archibald and Nancy P. Williams

In Montgomery Deed Records Vol. 19, 1857–1864, pages 388-389, is recorded a deed between Nancy Williams and children to Elizabeth Ledbetter. The deed was entered into the 17 day of May 1858 between Nancy Williams and the heirs of Archibald Williams deceased, viz: James Andrews and wife Oney, Coll McDonald and wife Temperance, Samuel Gardner, Armistead Williams, and Jones Williams of the first part and Elizabeth Ledbetter of the second part. All parties of Montgomery County.

Osborn Williams is the brother of Archibald Williams. 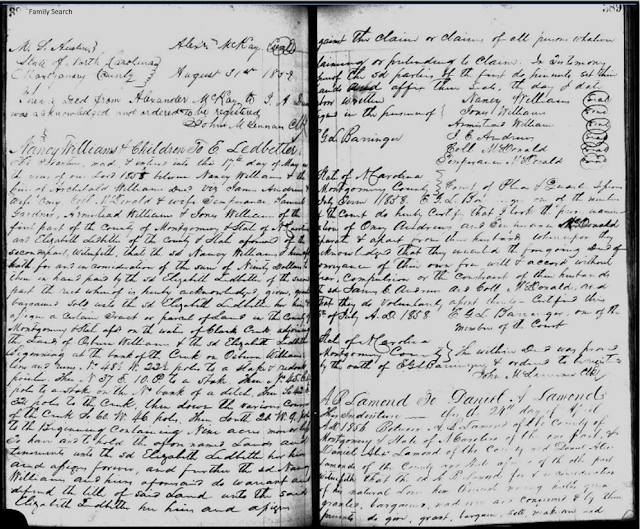 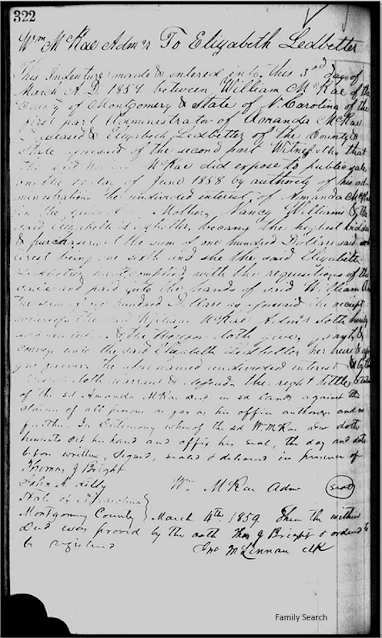 Archibald Williams died about 1851 in Montgomery County, North Carolina. He was born to Isham and Francis Williams about 1792 in Montgomery County. His estate file, being 18 pages, provides some interesting clues as to the life he led. He evidently owned 3 plantations that were rented out. 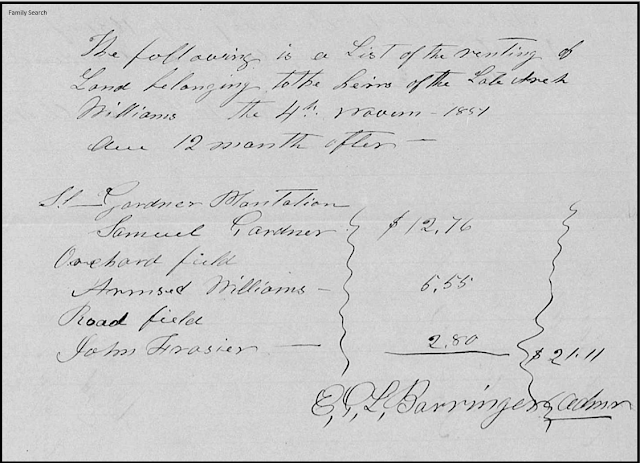 Armistead was married to Nancy P., maiden name currently unknown. In 1851, the Montgomery County court ordered that Samuel Scarborough and C. W. Wooley, and D. T. Pemberton be appointed commissioners to lay off and allot to Nancy Williams, widow of Arch. Williams dec’d, one year’s provisions out her husband’s estate for her and her family’s support. 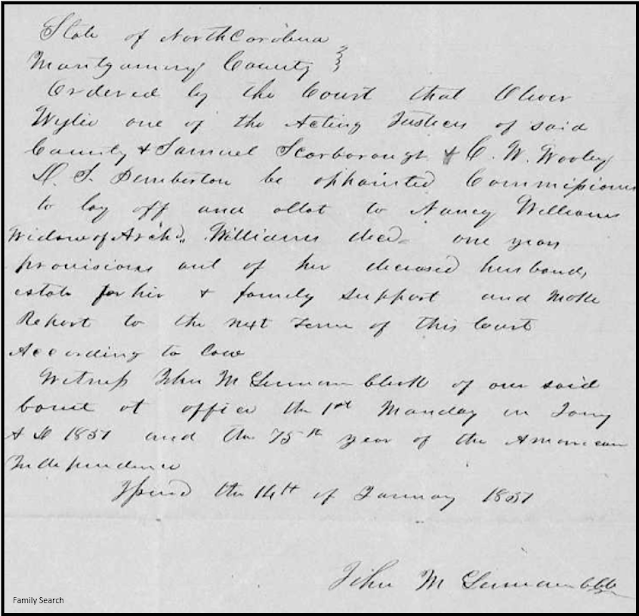 At his death, Archibald had a minor child, Jones Williams. Nancy, the wife of Archibald and mother of Jones, along with James C. Andrews, were appointed guardians. Nancy Williams died about 1858. Her estate file is found at both Ancestry and Family Search. 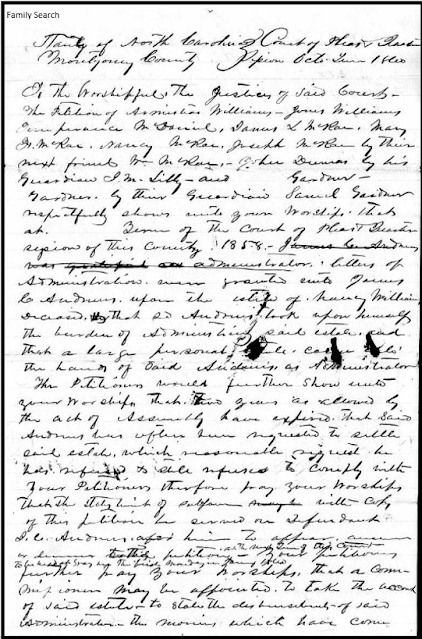 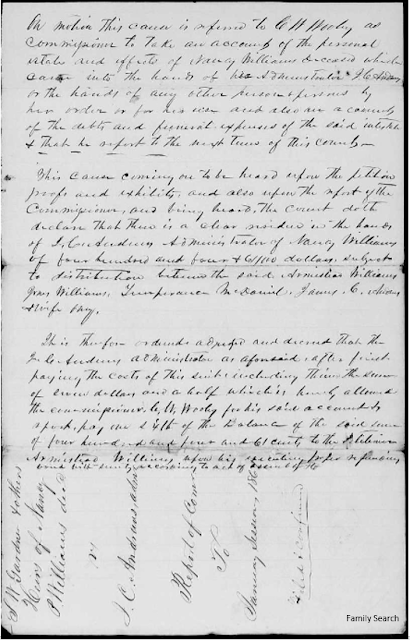 The heirs of Archibald and Nancy P. Williams are:

Francis Williams, born about 1827. She married Samuel W. Gardner 23 Mar 1848. Francis is found on the 1850 Census with husband, Samuel, and 6-year-old, William Gardner and newborn, Martha Gardner. This leads me to think that William may not be the child of Francis. She and Samuel married in 1848, 4 years after William was born. So, who is William’s mother? At least two other children, Sarah (called Sallie (1852), and Alexander (1854), were born to Samuel and Francis. Samuel married second (or third) to Sarah Jane Ballard in 1858, This couple had at least two children, Miles (1864) and Thomas (1875). So, Francis died prior to the 1858 marriage of Samuel and Jane.

Posted by Uwharrie Roots at 4:07 PM