As noted in the previous blog post, John Kirk was an early settler to Montgomery County, North Carolina. Early State Census lists for Montgomery County taken between 1784 and 1787, notes John as living in District number 4 and listed as 133 out of 136 men who lived among him in the same District.

As seen by the number of land grants, John, upon settling in Montgomery County, had by 1799, earned the title of Esq by his name. 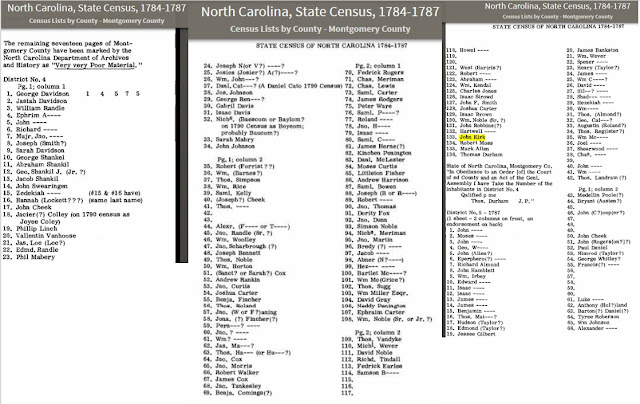 The earliest land grant I could find for John Kirk with reasonable assurance that it was the John Kirk I am writing about, is dated 16 Apr 1794. The survey was completed in 1797 and the land registered in 1798. Per the early state Census records, John Kirk was already living in Montgomery County prior to 1794, in fact, it looks like he had been a citizen in the county for nearly 10 years. 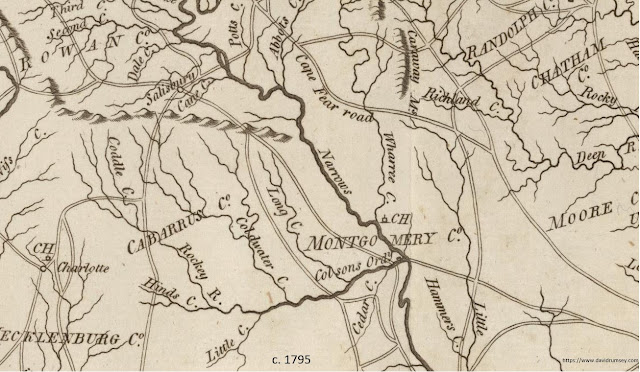 His first land grant was for 100 acres in Montgomery County on the South West side of the Yadkin River adjoining the land of West Harris Senior and James Rogers. Chain carriers for this survey were Buckner Kimbel and Peter Kimbel. 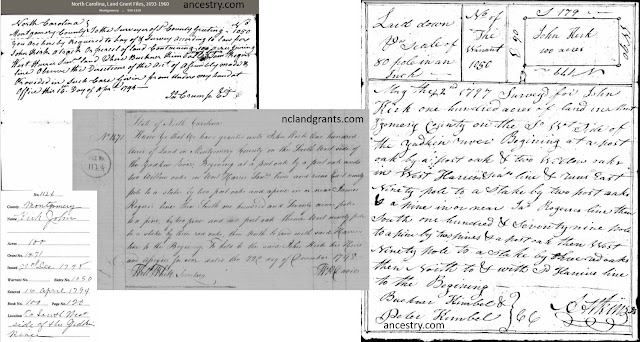 Again, on 16 Apr 1794, John entered 100 acres of land in Montgomery County on the South West side of the Yadkin River on both sides of Lick Creek adjoining his own lands. Chain carriers were Thomas Cook and Stephen Tredwell.

It is interesting to note that John Crump, Entry Taker, noted that Moses Freeman lived on his land. 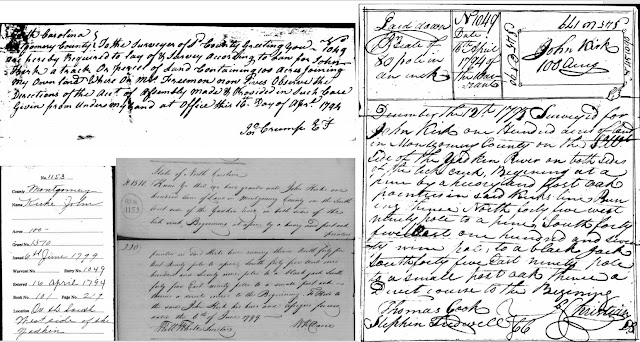 John Crump, Entry Taker, notes that the land joins that of Vandike and Joshua Carter, my own land that joins West Harris including Thomas Cook’s improvement. 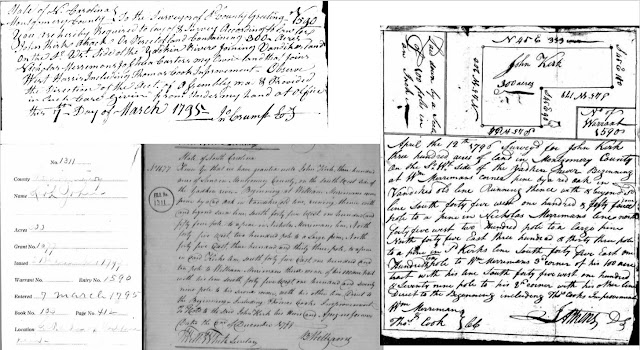 In 1798, John enters 150 acres of land on the South West side of the Yadkin River joining the lands of Stephen Tredwell and his own line. Chain carriers were Parham Kirk and Nicholas Merriman. Entry Taker notes that the land joins Richard Parker, his own land on Lick Creek.

In 1799, John enters another 150 acres of land in Montgomery County on the South West side of the Yadkin River on the waters of Lick Creek joining the lands of Parker, Burton and Merriman. Chain carriers were Nicholas Merriman and Thomas Polk.

John Crump, Entry Taker, writes out the survey as the waters of Rials Creek (we now know that Lick Creek and Rials Creek are probably the same creek) joining the lands of Stephen Tredwell and including Roger’s improvement.

By 1799, John Kirk has become a pillar of society and an Esq is added to his name. He enters 200 acres of land in Montgomery County on the waters of Curtail Creek adjoining the lands of the Entry Taker, John Neal. The survey completed by 1801 by Thomas Cotton and Chain Carriers are James Mory and William Crowell. 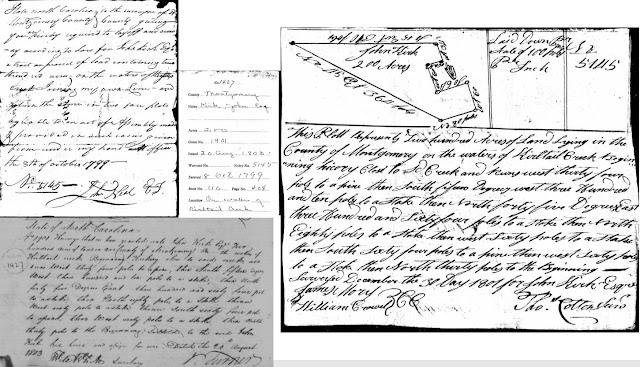 Posted by Uwharrie Roots at 8:28 PM