There is a mistake in the estate files for Montgomery County, North Carolina on Family Search. The file Harris, George (1896) should read Hearn, George (1896). Although this is not George’s actual death year, it is believed that he probably died around 1874. The 1896 date is probably there because it is the earliest date on the documents in the estate file. 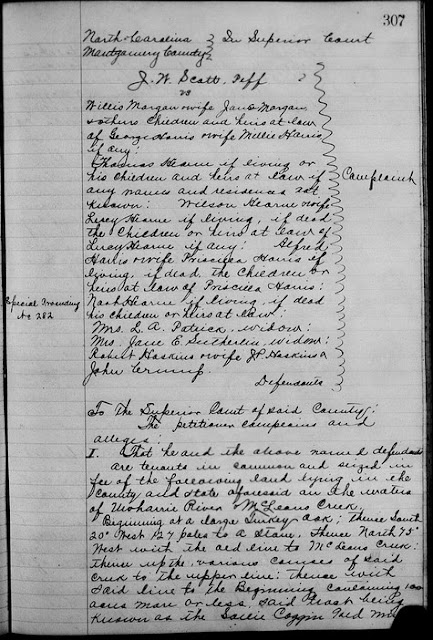 J. W. Scott, Plaintiff, and the Defendants are tenants in common of a tract of land containing 100 acres in Montgomery County on the waters of Uwharrie River and McLeans Creek known as the Sallie Coggin gold mine tract. 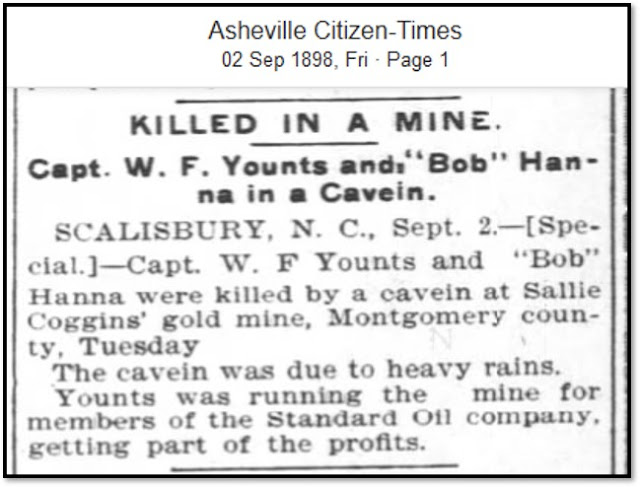 I am not able to find the deed record on line for the sale of the half interest. 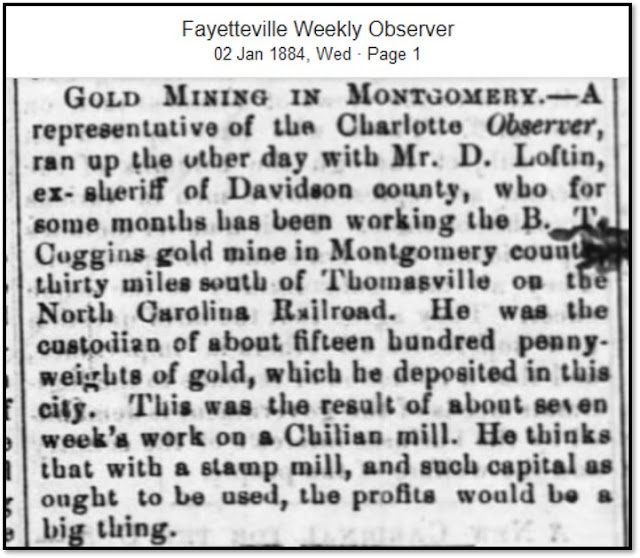 The Defendants named in the suit are:

Milly Hearn, wife of George Hearn, or other children or heirs at law of Milly Hearn. At least one of Milly’s children are named in the suit, Jane Morgan, wife of Willis Morgan

Thomas Hearn, or his children or heirs at law

Lucy Hearn, wife of Wilson Hearn, or her children or heirs at law

Priscilla Harris, wife of Alfred Harris, or her children or heirs at law

Noah Hearn, or his children or heirs at law

John Crump, who is a lunatic residing in the state of Virginia without guardian

All the parties are of full age and are nonresidents of North Carolina as far as J. W. Scott can ascertain

What is interesting to note here is that the actual heirs are Milly Hearn, Thomas Hearn, Lucy Hearn, Priscilla Harris, and Noah Hearn - this indicates that these five may be siblings or possibly Aunt/Uncle/Niece/Nephew.

After legal summons and publications were done, the land was ordered to be sold. 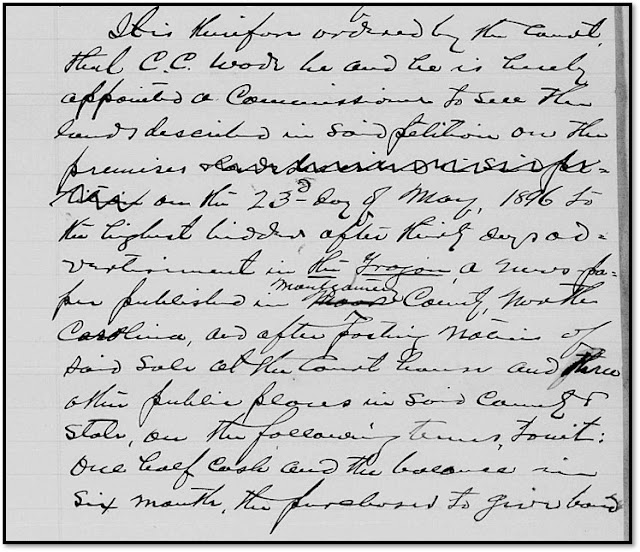 I suppose it was of not great surprise that J. W. Scott became the purchaser of the land that he petitioned the court to sale on 23 May 1896. I am not able to find the deed record for the sale. 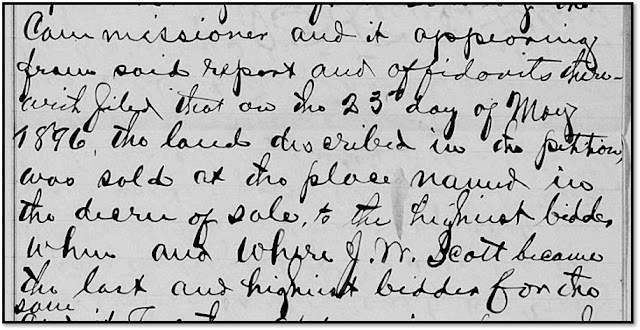 By 1897, Jane Morgan, who lived in Chester County, Tennessee, found out about the sale and made a power of attorney for her share of the land sale. In 1902 it was authorized that the money was to be paid to G. M. Hearn.

Mrs. L. A. Patrick, widow, is Laura Ann Crump who married Thomas J. Patrick. Laura is the daughter of Colonel John Crump and Letitia Lindsay and the sister of James Crump, who died in 1867. Thomas Patrick was the Administrator of the estate of James Crump.

J. P. Haskins, wife of Robert Haskins, is the daughter of James Crump.

John Crump, noted as a lunatic, is the son of James Crump. 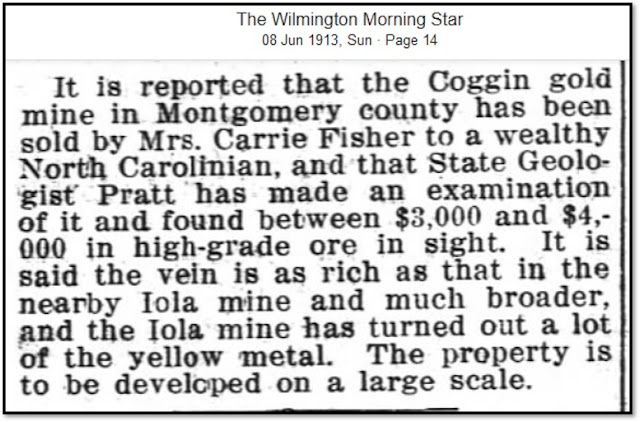 Posted by Uwharrie Roots at 3:48 PM