The second person mentioned in the division of land in the John Kirk Dec’d estate file is Lewis Kirk. 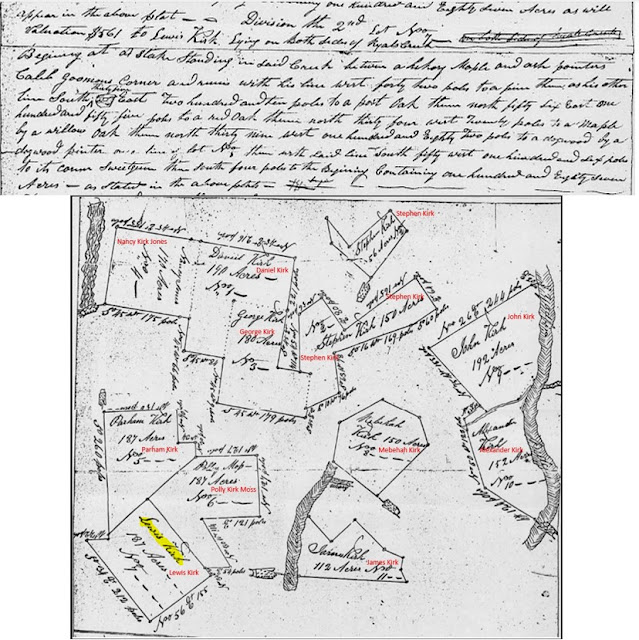 At nclandgrants.com I found one land grant for Lewis Kirk for one hundred acres of land in Montgomery County on the south west side of the Yadkin River beginning at said Lewis Kirk’s old corner and adjoins Dockery’s line, dated 23 Dec 1825. 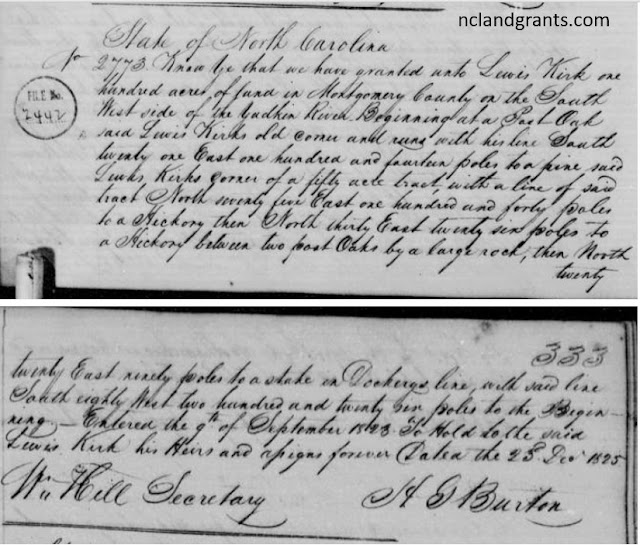 This survey that goes along with this grant is found at Ancestry. The land grant was entered 9 Sep 1823 and ordered surveyed 9 Dec 1823 by Entry Taker, McRae. The survey was completed by L. Simmons 2 Jul 1825 and the grant issued 23 Dec 1825. 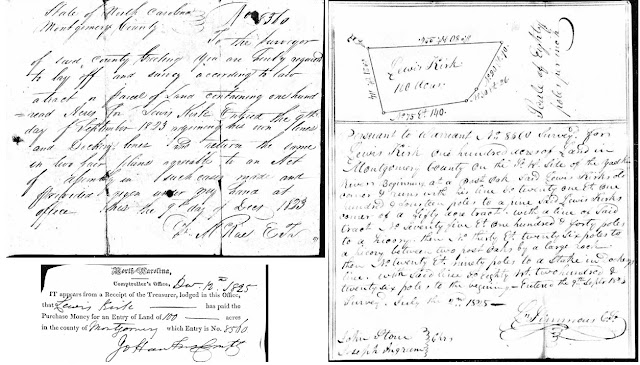 The Dockery listed in the Lewis Kirk survey is no doubt Alfred Dockery who owned land on the south west side of the Yadkin River with Mark Jones. Nancy Kirk Jones, seen on the above survey for John Kirk land division and sister of Lewis Kirk, no doubt, married into this Jones family.

The Dockery and Jones land grant provides a lot of information on who lived in the neighborhood with Lewis Kirk. The Alfred Dockery and Mark Jones land adjoined that of Wares, Locke’s, Judge Locke’s, and Biles. All prominent citizens of the county.

The Biles and Kirk families would join at the marriage of Tabitha Biles, daughter of (I believe) Francis Biles and granddaughter of Thomas Biles (1752-1844) and Truxton Kirk. Their son, William Kirk, will marry my second cousin twice removed, Judith Ann Marks. This couple later moved to Fannin, Texas. Currently, I do not know who Truxton Kirk’s parents are. 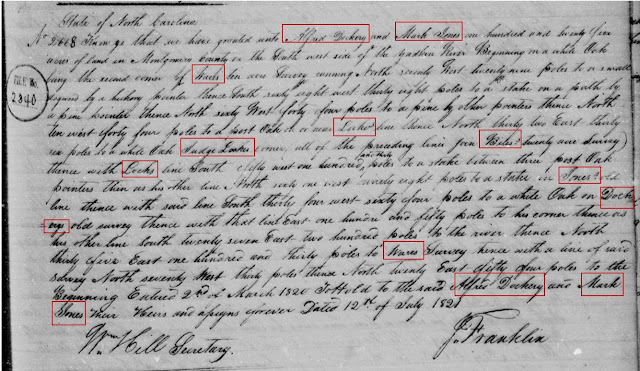 Lewis Kirk looks to have died between the 1830 and 1840 Census years. Or, it is possible he left the area. I cannot find an estate file for him nor do I know, at this time, the names of his children and wife. I will continue searching for him and will provide an update to the Blog should I find him.
Posted by Uwharrie Roots at 4:33 PM