Rachel Chisholm McMillan has probably been the second easiest of Murdock’s children to find information on because her husband, James McMillan, served in the Revolutionary War and both James and Rachel lived long enough to apply for a pension; thus providing information on this family. After Rachel’s death, her children applied for her pension as she did not live long enough to receive it.

In 1847, Sarah Purvis, the daughter of James and Rachel, appeared before the commissioner in Equity in Cheraw District, South Carolina and made a declaration in order to obtain the benefit of the provision made by the act of congress passed 7 Jul 1838 entitled an Act granting half pay and pensions to certain widows and also other benefits. In Sarah’s declaration are mentioned her siblings, Mary Owens, wife of Bryant Owens, John McMillan, and James McMillan. Sarah further states that her mother’s maiden name is Rachel Chisholm. 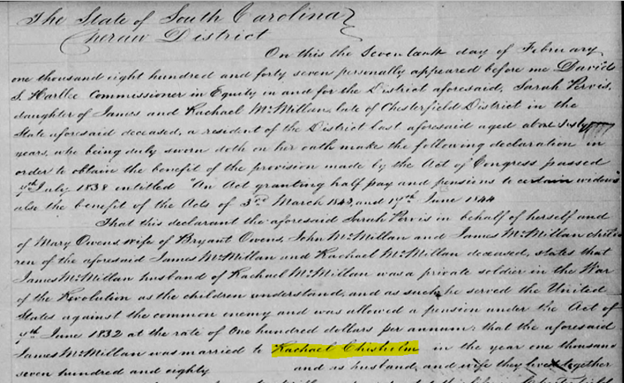 James McMillan had made his declaration in March 1834 and providing a tale that so many Scots have told. He was born in Scotland in 1753 and came to America in 1766, seven years before the destruction of the tea at Boston, now known as the Boston Tea Party. He landed in Wilmington, North Carolina and made his way to Cumberland County and resided there until after the Revolutionary War had commenced. From there, he moved to Anson County and settled near the state line of South Carolina. Soon after, he was drafted into the Militia and was at Gates Defeat near Camden. 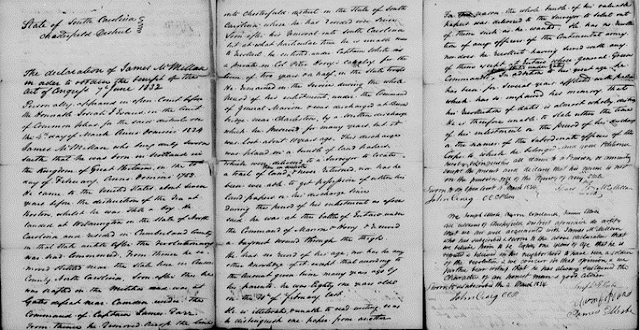 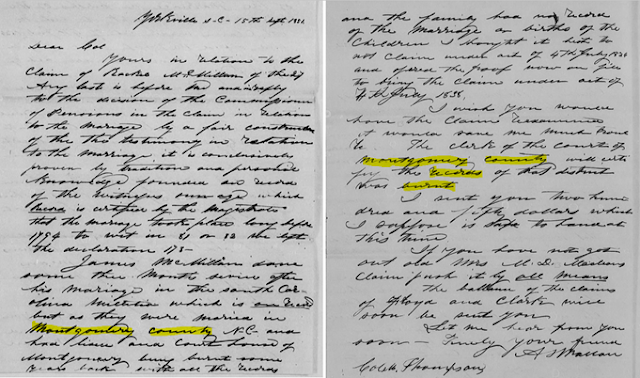 Rachel had told a story to her children that she was robbed several times by the Tories during James’s absence in service and that on one occasion all her bed clothes and wearing apparel were carried off by the Tories, one of whom drew a sword and threatened to kill her if she would say a word. 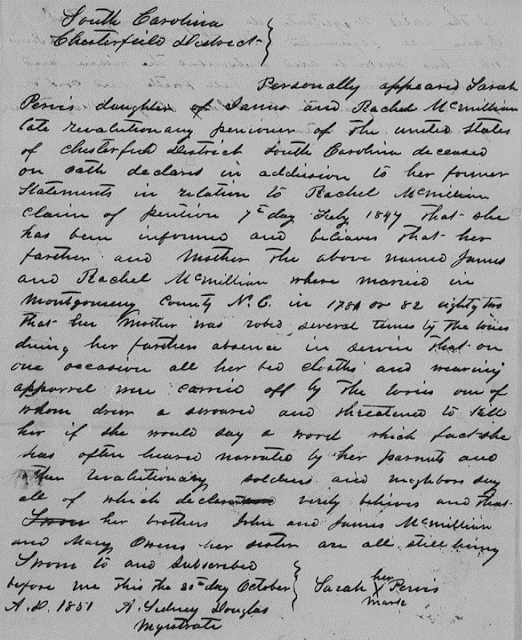 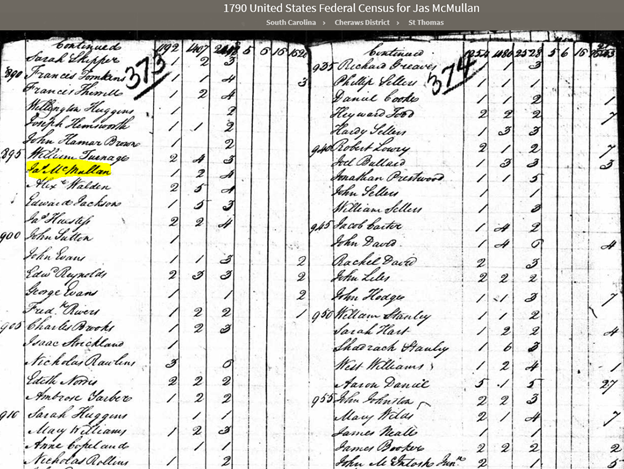 In just the orderly way genealogist like, James McMillan and family can be easily traced and found between 1800 and 1830 in Chesterfield, South Carolina.

Posted by Uwharrie Roots at 4:34 PM