In researching my Morgan line over the past two months, I learned that I have two Morgan lines, one in Montgomery County and one in Rowan County. I discovered my sixth great grandfather, Nathan Morgan, born 1756, died 1842, Salisbury, Rowan County, North Carolina. Nathan, and wife Naomi Poole (1760-1851), are buried in the Morgan Cemetery in Rowan County. The area where the cemetery is "once served as a muster ground for Confederate soldiers, and nearby, stands the weather beaten portion of the old Morgan precinct house, which served the community for voting, tax listing, and tax collection. History says the building was in use when the country elected Abraham Lincoln president."

Read more about Pooletown and these Morgan’s at Job’s Children, This Old House. http://www.jobschildren.com/2013/02/this-old-house.html

The name Morgan can be found in Montgomery County, North Carolina as far back as when the county formed from Anson in 1779. Morgan’s, who lived in the part of Anson that became Montgomery, suddenly found themselves in Montgomery at the county formation; just as those Morgan’s who once lived in Bladen County found themselves in Anson County at its formation in 1750. Sometimes, ancestors do not migrate to another area; but rather, the name of the area they are located in, changes.


Joseph Morgan, my fourth great grandfather, was born about 1785, probably, in North Carolina, but not necessarily. I do not know who his parents were but there are three men listed on the 1790 Census for Montgomery County who are possible fathers to Joseph, as all of them have a male under the age of 16 years in their household.


It is also possible that at least one of these Morgan’s, William, was in Anson County prior to the formation of Montgomery as there is a land grant to a William Morgan, 1769, Anson County, On the Baptist prong (branch) of Clarks Creek, East of Pee Dee River, for 200 acres. I spoke to a fellow researcher who told me that the identification of this area might have been called ‘Baptist prong’ because a Baptist-meeting house was located there.


According to the USGS GNIS website https://geonames.usgs.gov/apex/f?p=gnispq:3:0::NO::P3_FID:1023908, the current location of Clarks Creek is in Montgomery County, starting near Liberty Hill Church Road and running south west, until finally dumping into the Pee Dee River in the Mount Gilead area below what is now Lake Tillery. However, in 1769, this same location would have been Anson County and Lake Tillery would not have existed.


William Morgan will acquire 150 more acres of land, 50 acres in 1783 on the North East side of the Yadkin (River) and 100 acres in 1794 adjoining his own lands on the Baptist prong of Clarks Creek.


The Rocky River is a 95-mile-long river in the Piedmont region of North Carolina, beginning in Iredell County near Mooresville and flows south into Cabarrus County, where it is the principal waterway in the county. The river continues southeastward to form the line between Stanly, Union, and Anson counties. It empties into the Pee Dee River just below Norwood, North Carolina at the junction of Stanly, Montgomery, Anson, and Richmond counties, at the foot of the Uwharrie Mountains. [Wikipedia]


In 1804, Thomas Morgan acquires 100 acres, through a land grant, on the northeast side of Pee Dee River, on the waters of Little River, adjoining the land of John White. Little River is a tributary of the Pee Dee River that flows through Randolph, Montgomery, and Richmond counties.


The 1800 Census offers more information but still not enough to identify who Joseph’s parents were. Thomas, Jonathan and William are still alive in 1800; Mark looks like he might be newly married and just starting his family with two young daughters, under ten years of age. I think we are safe to cross Mark off the list; he is not Joseph’s father. Jonathan or Thomas look to be the most logical candidates with males between the ages of 16 – 25 but there is not enough evidence for a firm conclusion.


Of note, most of the research I read suggests that Joseph may be the son of a Charles Morgan from Chatham County. I also read some interesting research, to include DNA testing that adamantly refuted this claim. It is obvious that much more research is required before I can be firmly convinced.

In 1810, Joseph appears on the Census as a male between the ages of 16 and 25. It is logical to assume that he has come of age, previously living in the household of his father, but is now married with a family of his own. He looks to be newly married, as there is a female between the ages of 16 and 25 and 1 male child under ten years of age. A young family, just starting out.
Jonathan, Mark, Thomas and William have either died, moved on or are listed by another name. Three new names appear in 1810, along with Joseph’s, Charles, Zacha(riah) and Hardy.


Joseph married Susannah Smart around 1808/9 and their first-born son, Matthew, was born about 1810. Priscilla, followed in 1812 and Joseph G. in 1814. There is a Mary ‘Polly’ Morgan Dennis, who has been attached to Joseph and Susannah Smart Morgan, but, I am not able to place Mary Morgan Dennis as the daughter of Joseph and Susannah at this time. Some research suggests that perhaps Joseph was married prior and Mary is his daughter by a first wife, but if that is the case why is she missing on the 1810 Census with Joseph, Susannah and Matthew?

On June 1, 1812, President James Madison sent a message to Congress recounting American grievances against Great Britain, though not specifically calling for a declaration of war. After Madison's message, the House of Representatives deliberated for four days behind closed doors before voting 79 to 49 (61%) in favor of the first declaration of war. The Senate concurred in the declaration by a 19 to 13 (59%) vote in favor. The conflict began formally on June 18, 1812, when Madison signed the measure into law and proclaimed it the next day. (Wikipedia)

Family legend says that Joseph Morgan was in the War of 1812, where he lost his life. My search for any files in regards to his death have been futile up to this point. Following is the only record I have been able to find; there was nothing more in the file, just this one lone card. Family legend says that Joseph Morgan’s faithful friend, Joel Henderson, served alongside him in the war, when Joseph fell; Joel married his widow and raised his children as his own

Update 3 Jan 2019:
Pay vouchers was the system used to pay soldiers in the War of 1812, and in some cases those who gave supplies to the war effort. The soldier was later able to redeem the pay voucher for money. The vouchers were pre-printed forms with specific details like name, rank, and company filled in by hand. When a voucher was redeemed, a hole was punched through it.

Some research suggest that Joel Henderson came from Pitt County while others believe he was from western North Carolina. The lack of a complete paper trail has left me quite frustrated. I have read many family stories and legends about the lives of Joseph Morgan, Susannah Smart, and Joel Henderson; to date, no intact paper trail has revealed itself to convince me of anything concrete.

There is no 1820 Census for Montgomery County, North Carolina but the 1830 and the 1840 Census shows Joel Henderson and wife, Susannah, along with the Morgan and Henderson children, living on the East side of the Pee Dee Yadkin River.


In 1850, we finally get a look at all the people living in a household as well as their occupations. Joel Henderson is a Blacksmith, age 62, born 1788 in North Carolina, with a Real Estate value of $1250. Susannah looks to be 58 years old, making her born about 1792 in North Carolina. Alexander (19), William (17) and Mary Ann (13) are at home. At this time, I am not sure if Mary Ann is the daughter or granddaughter of Joel and Susannah.


My line descends through Priscilla Morgan Hearne, the daughter of Joseph Morgan and Susannah Smart, and my third great grandmother. She married Stephen Hearne about 1831/2.

Montgomery County seems to be the land of mystery! Once again, I have found many family stories about Stephen Hearne. However, I am not able to locate the much-needed paper trail to convince me who his parents are. Some researchers have alluded that his father is James, while others say it is William, and still others state it is William James. It well could be either or all of these, but I need documentation. Of which, I will probably never get due to so many lost documents from court house fires and other mishaps.

Read on for what documentation I did find. 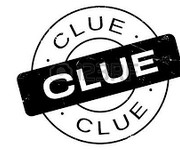 Clues abound in the names of children! Is it possible Stephen and Priscilla were traditionalist and followed a child-naming pattern that so many others did? Perhaps the son, Joseph, was named for maternal grandfather who died in the War of 1812, second born son, Ebenezer, named for paternal grandfather and following sons, Thomas and William, named for uncles. Certainly, I can know for sure that at least two of the children, Joseph and Susannah, were named for their maternal grandparents.


Update: The Stephen listed in Ebenezer Hearn's division of land went to TN and was married to Elizabeth "Letha" Harris, this family thinks she may be the daughter of Etheldred Harris, and the couple did name one of there son's Etheldred H. Hearn. Stephen Hearn who married Priscilla Morgan was son of William S. Hearn and Rutha Skein/Skeen. William S. is the son of Stephen Hearn and Prudence Coggins, this Stephen also married to Mary Hurley and was the son of Thomas Hearn and Nancy Wilson.

It is curious to me that the Morgan and Hearne families seem interconnected in some way. A Fayetteville Weekly Observer (Fayetteville, North Carolina) dated 16 Mar 1842, Wed Page 3 article suggest that Hardy Morgan, remember, he showed up on the 1810 Census at the same time Joseph did, was in some way connected to the Hearne family. What undivided interest did Hardy Morgan have in the lands belonging to the Estate of Ebenezer Hearne dec’d?


Once I found the Newspaper article with a date, I went to the Estate files for Montgomery County and found the court records for Ebenezer Hearne, dec’d. The court paper states that Disey, wife of George Hearne, Polly, wife of Gabriel Russell, Senora (or Lenora), wife of William Morgan, Elisabeth, wife of Rowland Harris, Nancy, wife of Clayton Steed, Stephen Hearne, George W. Hearne, and Joel Hearne, all of full age show that they are the children and only heirs of Eben Hearne, deceased.

Eben Hearne died being possessed of a tract of land lying in said county (Montgomery), adjoining the land of Alexander McKaskill, dec'd, on or close to the great market road from Troy to Fayetteville, containing five hundred acres being the same on which said Eben lived at the time of his death. The children, heirs of Eben Hearne, are now petitioning the court to sell the land as one tract rather than dividing it up.


In a second court appearance, it appears that some of the heirs have not yet received payment for the sale of the land and are petitioning the court for the payment. The land originally sold for $310 on 16 Dec 1847 to James Batten.

I also learned that Lenora was the wife of Thomas Ingram and not William Morgan, as originally stated in the first court documents. Alternatively, perhaps she remarried following her first husband’s death. More research is required to sort out Senora’s marriage.

In Jan 1854, the court case ends with the money collected and paid to the heirs of Ebenezer Hearne.


The court case, in its entirety, is located on Family Search:

However, I am still at a loss as to why Hardy Morgan took George Hearne to court in 1842...