Sarah Ann Hamilton, born around 1874 in Montgomery County, North Carolina, is the daughter of Lee Thomas and Julia Marks Hamilton and the granddaughter of William Buck and Leah Fesperman Marks. Both Lee and Julia grew up in the Eldorado community of Montgomery County and married there on 24 Feb 1876, two years after Sarah was born and eight days after her brother, William Alexander was born on 16 Feb 1876. Sarah is my first cousin three times removed (1C3R). 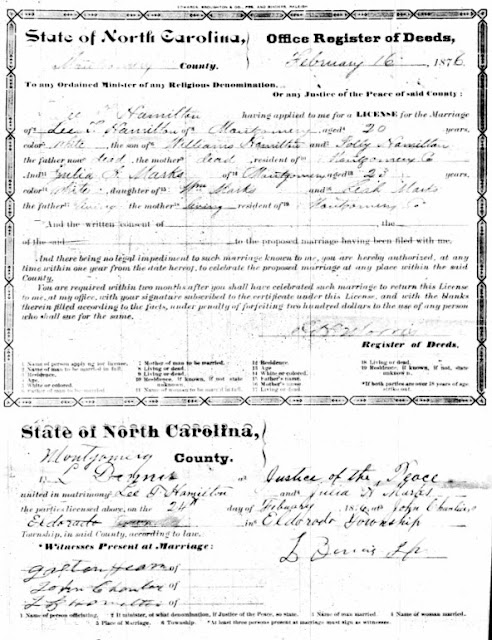 By 1880, the Hamilton family moved to Center Township, Chatham County, North Carolina where Lee worked as a farmer and Julia was keeping house. A new addition added to the family in 1879, a brother, Wesley

As mentioned in a previous Blog about George and Mary Marks Thomas, I have often wondered what took Lee and Julia to Chatham County. Lee could have been a farmer in Montgomery or Stanly County; why go all the way to Chatham County to farm? I have not yet found the answer to that pressing question, it just does not make sense to me that a person would move 60 miles away to do something that he can do where he already lives. I firmly believe that the Marks family in Montgomery County, at least in the early years, did keep in touch with the Marks family in Chatham County. George and Mary Marks Thomas lived in the same town. One must ask did they know each other. I have never found proof that they did, but, if I had to bet, I would say yes, they probably did.

On 22 Dec 1889, Sarah Hamilton married Charles Minter Poe at the home of her parents, Lee and Julia. The Poe family is an early family of Chatham County, including early Granville and Orange Counties and much written about (http://poegen.net/). Charles, or Charley, was the son of Mary Poe, born 20 Mar 1837, daughter of Terry Poe and Mary Riddle. I have never gotten any clear confirmation as to who his father was, but, have found the consensus to be a Charles Hadley of Chatham County. However, that lends to the question why is his last name Poe and not Hadley? Charley had at least one brother, Grant, and two sisters, Euphemia and Antonia. 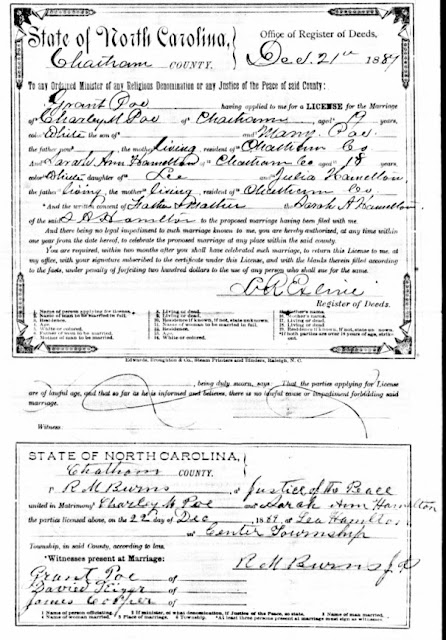 At some point after their marriage in 1889, the couple moved to Cumnock, then Chatham County, now Lee County. Charley went to work as a coal miner at the Egypt Coal Mine. The mine had been in operation since about 1856, prior to the Civil War, and operated on and off until 1929. 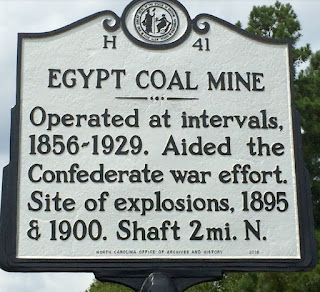 On 30 May 1891, two years after their marriage, Sarah gave birth to her first son, Isaac Minter Poe and in 1893, another son, Orrin, was born. In May 1895, John William was born. All three boys are the great grandsons of William Buck Marks and Leah Caroline Fesperman.

Disaster strikes in Dec 1895 when, in an explosion at the coalmine, Charley Poe was killed, leaving Sarah a widow to care for three young boys. A court battle ensued in Feb 1896 when some of the families of the killed miners took the mines owners to court. Julia being one of them. 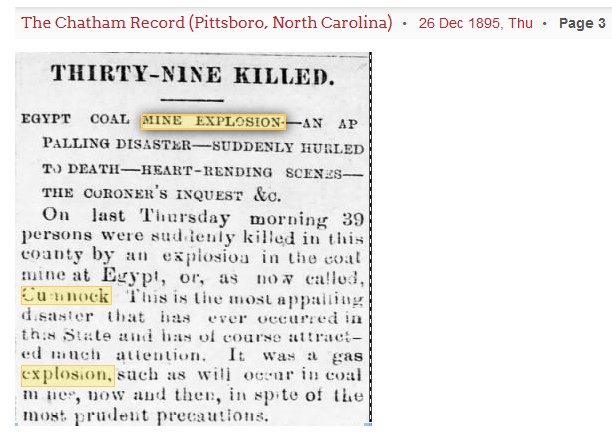 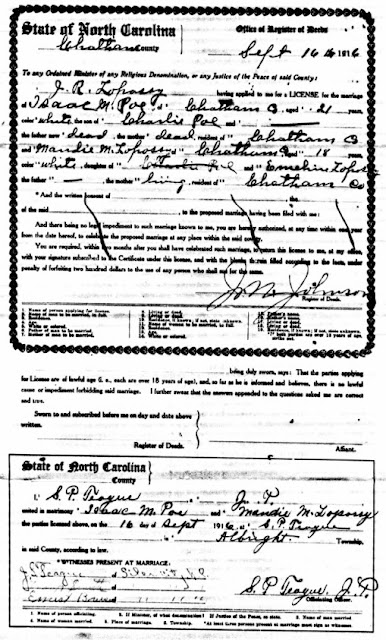 Orrin Poe was killed in 1903 while riding in an elevator at Revolution Cotton Mills in Greensboro. 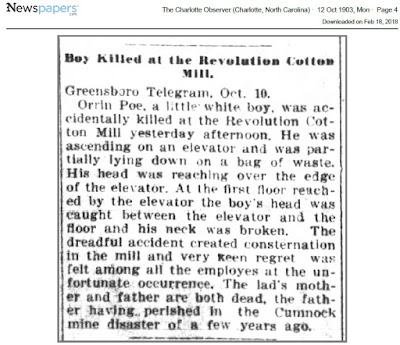 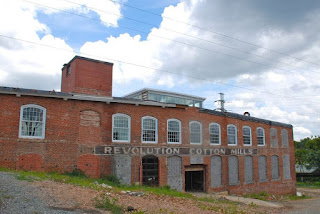 Sarah Ann Hamilton Poe died before 1900 from an epidemic. Thus far, I have not been able to find her burial place. Her children, with both parents lost, were raised by their grandmother, Mary Poe.

Posted by Uwharrie Roots at 7:00 PM